Pennsylvania Station was the brainchild of Alexander Cassatt, the owner of the Pennsylvania Railroad, who wanted to bring a rail terminal to Manhattan. At the time, passengers needed to take a ferry across the Hudson River from the railroad’s terminus in Jersey City. 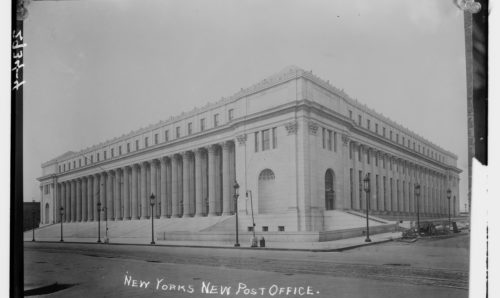 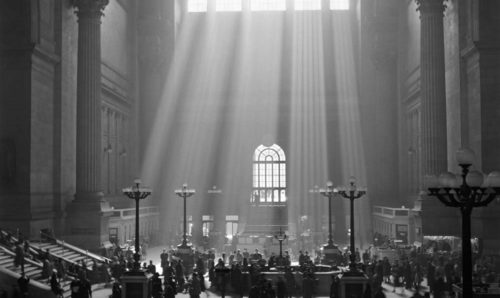 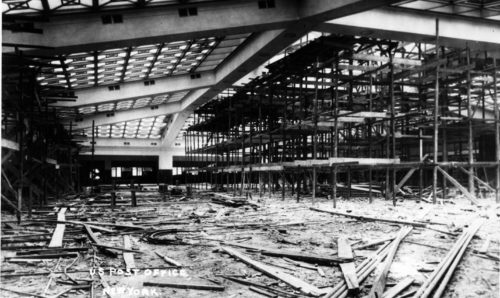 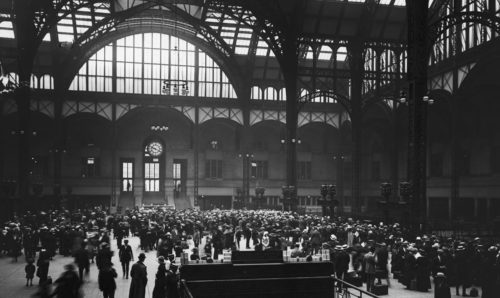 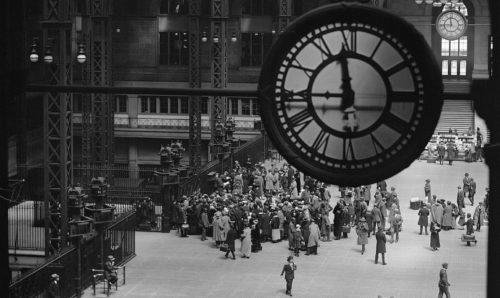 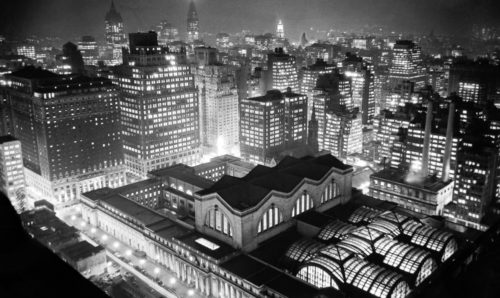 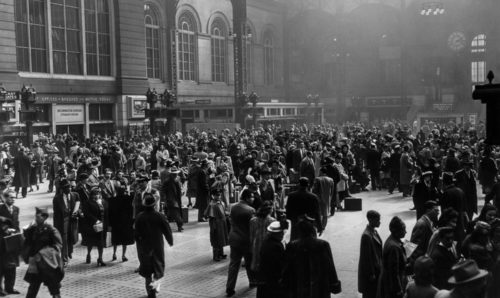 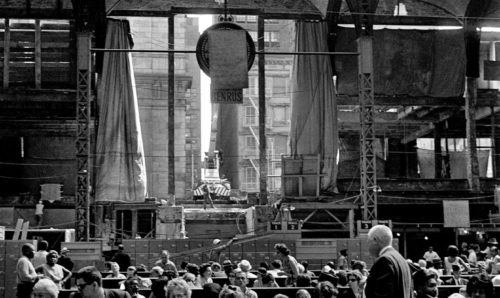 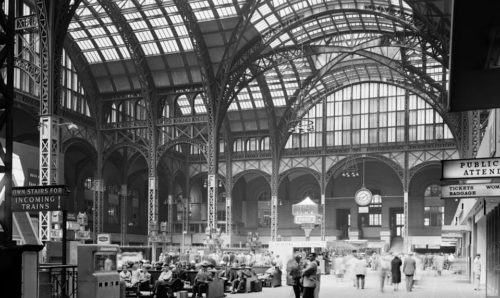 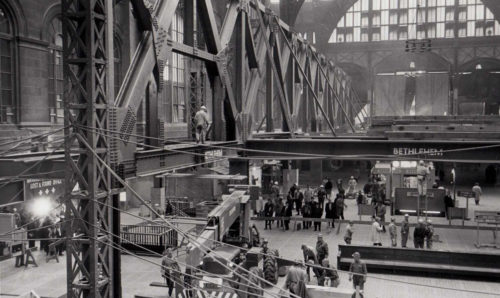 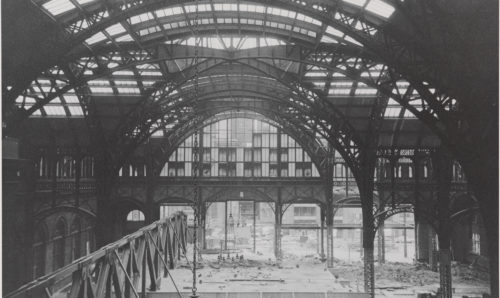 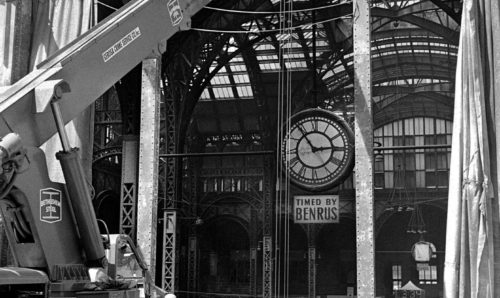 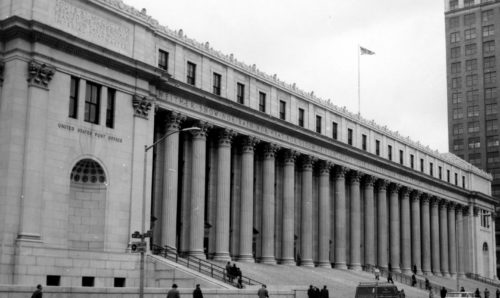 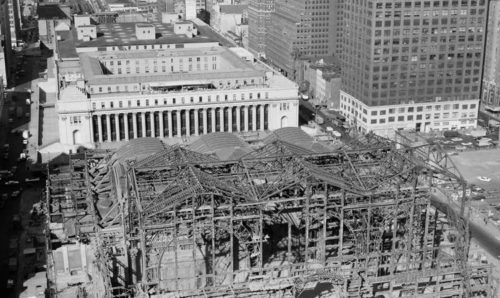 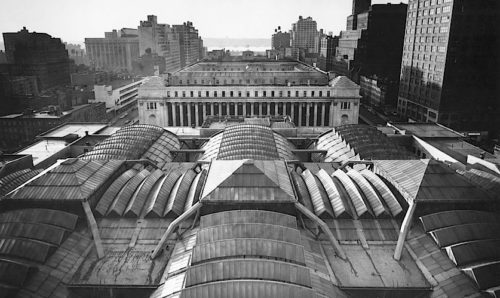 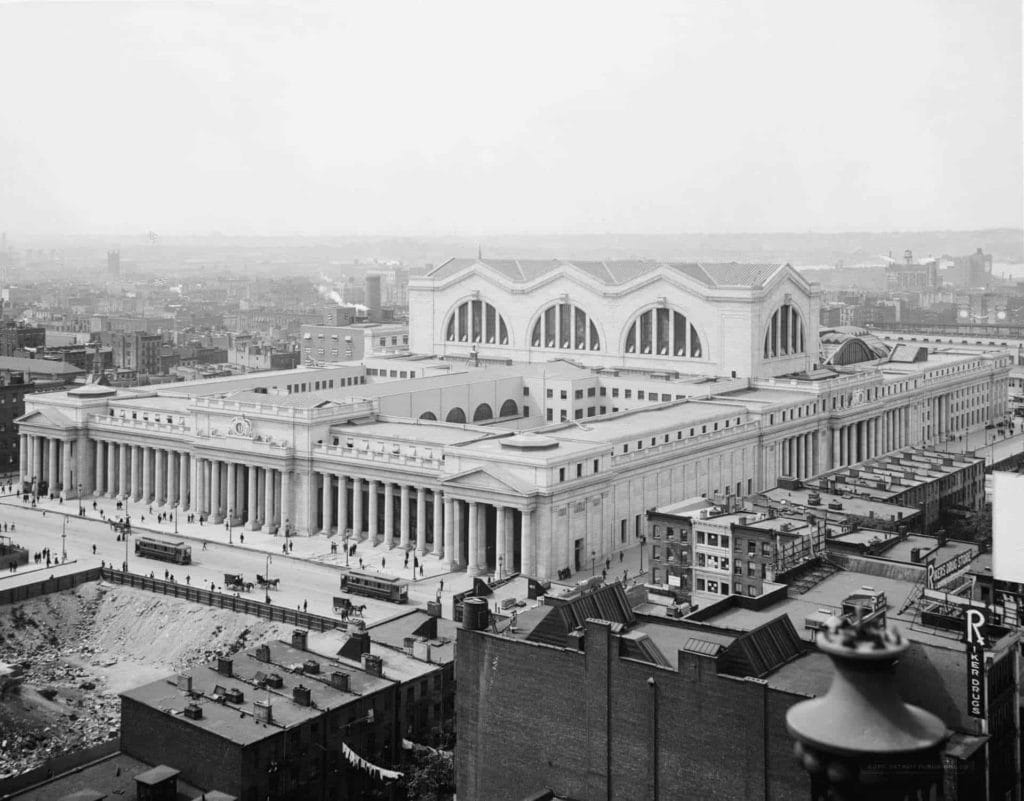 Built in 1910, designed by McKim, Mead & White, New York’s original Pennsylvania Station was eight acres of Gilded Age American opulence. It was the brainchild of Alexander Cassatt, the owner of the Pennsylvania Railroad, who wanted to bring a rail terminal to Manhattan. At the time, passengers needed to take a ferry across the Hudson River from the railroad’s terminus in Jersey City. The station’s vast waiting room, 150-feet in height, was modeled after the Baths of Caracalla in Rome, built with Milford pink granite, honeycomb-coffered ceilings, mighty marble columns, and towering windows allowing light to pour in. To enter New York City via Penn Station was to enter it like a god, architecture historian Vincent Scully once remarked. The transit hub came to symbolize the lost grandeur of rail travel and public space in the United States after its demolition in 1963.

The site of the Farley Building was acquired by the Pennsylvania Railroad as part of the construction of the original Penn Station and the rail tunnels underneath the Hudson River. Once the rail infrastructure was completed, the site above the train shed was sold to the USPS, inspired to relocate its New York mail sorting operations across the street on Eighth Avenue. McKim, Mead & White designed the new United States General Post Office to unite the two structures and establish a new civic district. The 1.4 million-square-foot building opened in 1914 and was later renamed the James A. Farley Post Office Building after the Postmaster General. 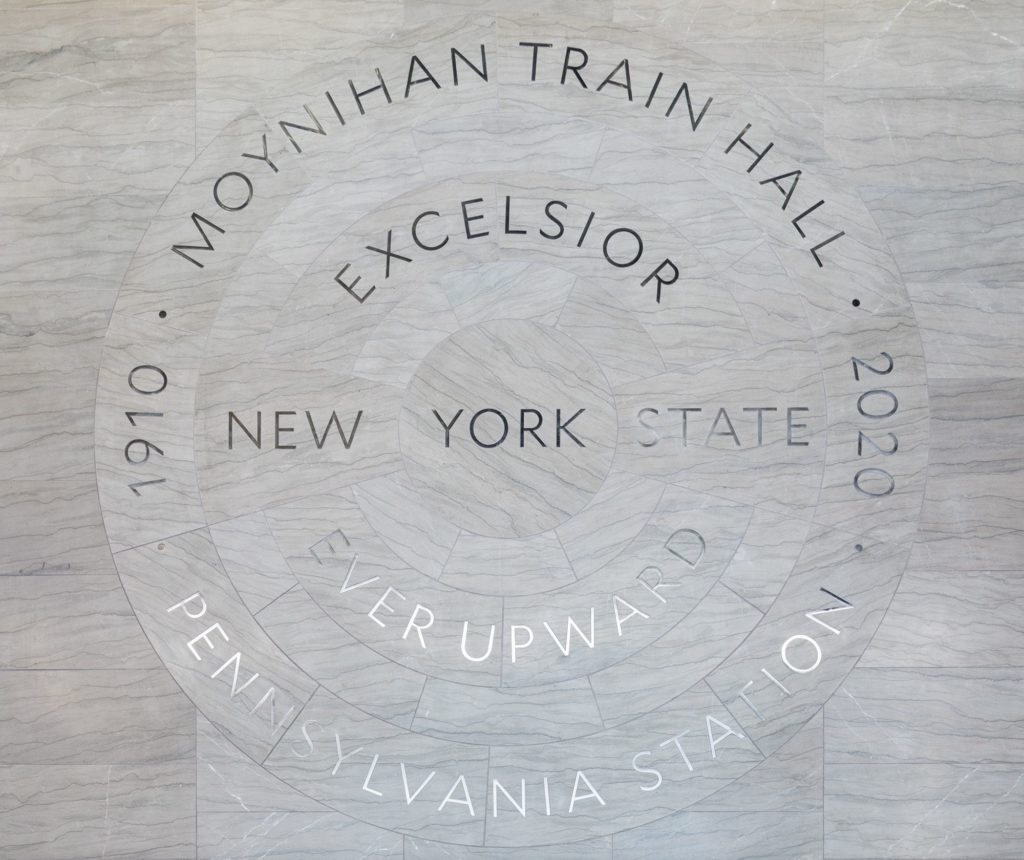 The Moynihan Train Hall project first emerged decades ago as the leading strategy to address many of the station’s most notorious issues and overcame countless hurdles thanks to persistent leadership from the community and elected officials. The extraordinary civic project to convert the 1913 Beaux-Arts Farley Building into a 21st Century train station has been decades in the making, with Skidmore, Owings & Merrill leading the architectural redesign as the initiative evolved.

“You don’t get a second chance like this often. We must do it.”
– Senator Daniel Patrick Moynihan